Home/Blog/Benefits/Calling time on the triple lock? 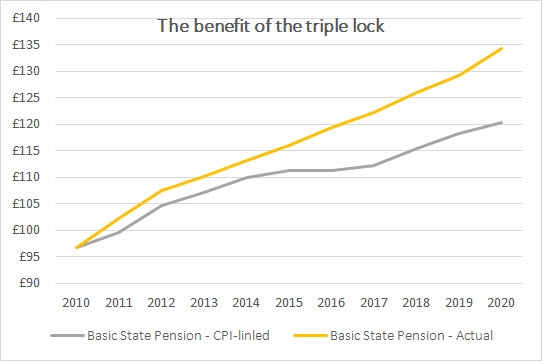 The state pension triple lock may not survive much longer.

The impact of Covid-19 on earnings could mean a change in the way that state pensions are increased in each year. If nothing is done, it could give pensioners a large income boost, but cost the government dearly.

At present, the new (single tier) state pension and its predecessor, the basic state pension, both benefit from increases based on the ‘triple lock’. This was introduced by the Coalition government in 2010 and means that these two state pensions increase each April by the greater of:

This basis means that for 2021, the increase is likely to be 2.5% because CPI inflation will be lower (it was 0.5% in May) and earnings could well be falling due to the impact of furloughing.

It is in 2022 that a potential problem emerges for the Treasury. The furlough scheme ends at the end of October 2020, and if the economy starts to recover, by July 2021 earnings could be back to near ‘normal’. The fact that by then some of the formerly furloughed employees will be unemployed makes no difference to average earnings figures.

Economists reckon that the difference between ‘normal’ average earnings in July 2021 and furlough-depressed average earnings in July 2020 could be significant. In its Covid-19 ‘reference scenario’ the Office for Budget Responsibility has estimated earnings growth of over 18% in 2021 (against a 7.3% fall for 2020). No Chancellor would want to fund such a large rise in state pensions, not only because of the expense, but also on grounds of intergenerational fairness.

The Treasury and many economists have long argued that the triple lock is an unnecessary cost, but politicians have always been wary of upsetting an important section of the electorate. This additional problem now created by Covid-19 gives the government the best justification it is ever likely to have to dispense with the lock. There are even suggestions that state pensions could be frozen for the next two years until the issue (hopefully) disappears.

State pensions play an important role in many people’s retirement income planning, but their payment is ultimately a state decision, as evidenced by the many changes of recent years (for example to starting age). For that reason, if no other, private provision remains a vital component of your retirement planning. 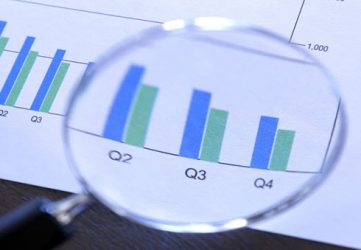 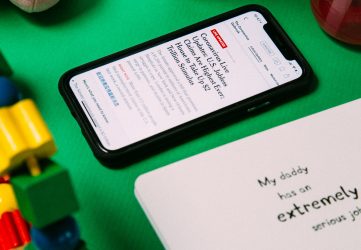