Home/Blog/SDLT/Finding the right mix in mixed use properties

A recent tribunal found in HMRC’s favour when a residential property was questionably deemed mixed use.

Currently, it is beneficial to pay residential rates on a property purchase in England or Northern Ireland costing up to £965,000. However, mixed use treatment is advantageous on more expensive properties, or if the 3% surcharge on additional residential properties would otherwise be payable.

What is mixed use?

It can be quite complicated deciding on the appropriate SDLT treatment when a building is used partly as a dwelling and partly for other purposes, but HMRC does make a clear distinction.

A building where certain rooms, which could otherwise be used as part of the residential area, are used for work purposes – is not mixed use. (For example, where someone has an office at home).

A building that is divided into separate residential and non-residential areas, with the non-residential part adapted for use as commercial or business premises – can be mixed use. (For example, where part of a building is converted into a surgery).

The actual use is irrelevant. The key factor is the degree of conversion required and the degree of separation from the residential area.

A recent First-Tier Tribunal case on the meaning of ‘mixed use’ went in HMRC’s favour.

A couple had purchased a property for £2.9 million. They wanted to classify it as mixed use on the basis that the land encompassed a public footpath, arguing that the footpath was used for a separate commercial purpose – namely access to a neighbouring farm. The couple were responsible for ensuring ditches and drains on their side of the path remained clear, but the house itself was entirely residential.

The tribunal held that the shared path was like any other public right of way, and simply formed part of the grounds of the property. It was not a separate non-residential area.

This case involved a tax refund company, and HMRC has said the decision should serve as a warning to those considering getting involved with such agents.

HMRC has consulted on changes to the way SDLT applies to mixed use property, for the future, but no proposals have yet been forthcoming. In the meantime, HMRC’s guidance on how the tax can be found here.

Photo by Towfiqu barbhuiya on Unsplash 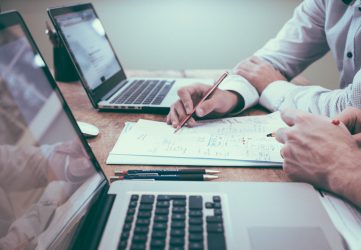