Directors who abuse the company dissolution process in order to evade debts, including the repayment of government-backed Covid-19 business loans, will be subject to stronger powers given to the Insolvency Service.

These new powers were included in the Rating (Coronavirus) and Directors Disqualification (Dissolved Companies) Act enacted on 15 December last year. Previously, the Insolvency Service could only investigate directors of companies entering insolvency but can now also look at directors of dissolved companies.

Complaints regarding dissolved companies often relate to new companies that have taken over the business of the dissolved company. The new company will invariably have the same directors, take over assets – such as vehicles – but with creditors left unpaid. In some cases, this happens multiple times.

If misconduct is found, a director of a dissolved company can be disqualified as a company director for up to 15 years. In more serious cases, the director could be prosecuted.

It is also possible for a court order to be made requiring a former director of a dissolved company, who has been disqualified, to pay compensation to creditors who have lost out due to their fraudulent behaviour. This aspect applies retrospectively, so former directors can be held liable to creditors despite the fraudulent conduct taking place prior to the Act’s commencement.

Along with the changes aimed at former directors, the Act has a business rates aspect. The Act makes it clear that Covid-related changes cannot be used as grounds for a business rates appeal on the basis of “material change of circumstances”.

Businesses that have seen their operations severely curtailed as a result of Covid-19 restrictions will likely be disapproving of this response; they are expected to keep paying business rates on the basis of rateable values set in a different world before the current Coronavirus pandemic.

The only consolation is the £1.5 billion provided for business rates relief to sectors that have suffered the most economically but are not eligible for existing support.

The government’s original press release for the Bill and more detailed information can be found here.

Photo by Laura Davidson on Unsplash 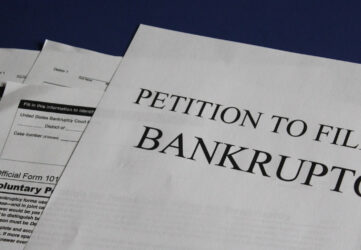